The increased rates of suicide and depression cases have alarmed the entire world and people are quite worried about the increasing rates of such cases. These cases have become prevalent these days and it is not a story of one country rather people all over the world are experiencing the same thing. If we focus only on the status of the US, the highest number of suicide is there and yet these rates keep on increasing. This pattern can be analyzed by the fact that most of the youngsters are taking their own lives are young and most of them are in their teens. Therefore, this has become an alarming situation for doctors as well.

It is important to recognize different factors and symptoms in order to understand how this can affect a person to this extent that he tries to kill himself. Here are a few signs that will show you what it actually feels to be depressed and how to guess the situation and feelings of a depressed person.

As reported by a number of doctors, people having such thoughts that are related to suicide mention it in front of their close relations. This means that people dealing with depression mention their state in front of their loved ones at least once. Moreover, people fail to notice such things because they never noticed or failed to notice it the moment when it was confessed. There are a number of cases where the victims of depression and suicide mentioned their sad experiences with people close to them. As a matter of fact, it is an alarming thing as people who are going through such horrible experiences want it to share with others and discuss what they are going through. The biggest issue is that they fail to communicate their issues with others.

Most of the people who committed suicide discussed their plan on social media platforms or through letters. Therefore, it is vital to have a look around you and look at people who could have such issues. 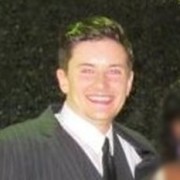 Everything You Need To Know About Suicidal Depression!unratedVincent Rager2018-11-30 05:28:27The increased rates of suicide and depression cases have alarmed the entire world and people are quite worried about the increasing rates of such case…